The Origins of Minsnail Housing Co-op in South Korea 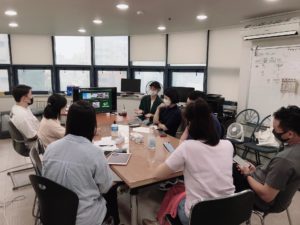 Minsnail Housing Co-op started as Minsnail Union, in 2011, as a student housing civil organization in Seoul, South Korea that sought to create more dormitories in universities.

The housing conditions for youth in South Korea, especially in Seoul are very harsh. Mini homes called “Goshiwons” (studying houses) were more expensive per square metre than the most luxurious apartments. They weren’t even recognized as legal homes and only measure 2m x 2m.

The youth started to get together demanding schools, governments and society, in general, to recognize students as the “Minsnail Generation” which is a snail without a shell. Lobbying the government and telling them that students were a vulnerable class living in unacceptable conditions mobilized the government to take them seriously and take action. We also brought to light ‘maintenance fees’ which is the name for a charge for non-lease payments to the landlord for gas, electricity, and general maintenance. It didn’t have a guideline and its content was nonspecific. Now Seoul city has a guideline for it, called “One Room Guidelines.” 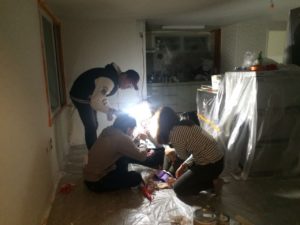 People took notice but institutional change was slow. We decided to provide housing for ourselves and created Minsnail Housing Co-op in 2014. The initial housing project land was leased from a civilian landlord, where we built our own home with funding from well-wishers and youth. Now we house over 200 young adults in 15 different homes in three cities: Seoul, Jeonju and Bucheon. Our housing prices are around 60% of the market rate and our social housing model enticed the government to create their own. Thanks to government-owned houses which we run and also civilian contractors, we can provide affordable and long term (6 to 10 years) for people between the ages of 19 and 39. We recently built our own first house from scratch, on Seoul city land.

With respect to our characteristics, we emphasize ‘community building’ within our homes. Each Snail House has a house meeting once a month, and also a “butler” (a tenant that deals with the Co-op office), a ‘maintenance tenant’ (that takes care of facilities) and an ‘accountant tenant’ who is in charge of all areas. We also have programs for community building between Snail Houses such as a bazaar, healing trips and an online second-hand market. 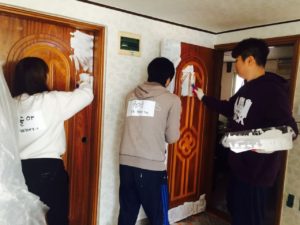 We are trying to implement reusable energy such as solar panels, but haven’t implemented them yet. It is our weak point but we are working on implementing policies to include solar panels and rooftop farming. Members meet every two weeks and talk about different ideas to improve their co-op, including solar, EV charging stations and other environmentally sustainable ideas but the cost is a factor.

Equality education is also factored in Minsnail’s meetings. We discuss gender, age and all equality issues we face inside the homes and how to work toward a more equal and respectful community.

You can read more about Minsnail Housing Co-op here.