This forum will serve as a virtual regional forum for cooperative housing organisations in the Asia Pacific region. This networking and information exchange aims to strengthen the co-op housing movement in the broader region while introducing them to the work of CHI and of the ICA Asia Pacific regional office. We will hear from housing cooperatives in the Philippines, Malaysia, Pakistan, Australia, Indonesia and more. An open forum will follow where housing groups can engage in an open discussion. Join us to learn more about the growing co-op housing movement and be inspired to bring some new housing solutions into your community. 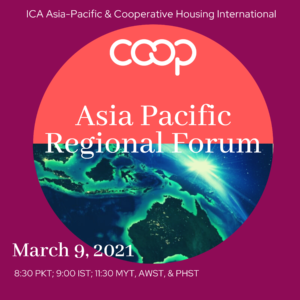 A Women-managed Housing Cooperative in Australia

Inanna’s House in Hilton, Australia, began in 1992, when a group of women met in a local coffee shop to discuss their vision of providing secure, low-cost housing for women where they could also explore their spiritual, emotional, mental, physical, economic and other needs. The group obtained funding, began renovating and building in 1997 and soon the founding members had moved into their new homes.

This women-managed housing co-operative is composed of nine co-located homes, three of which were existing houses that the group lovingly restored, and the remaining six are purpose-built rammed-limestone homes. It is not a women-only space, men and children live at Inanna’s House too, but it is a women-managed space. Each household must include one member, and that member must be a woman.

Watch the video below for more on Inanna’s House.

We Effect Philippines is spearheading the forming of a National Housing Cooperative Union that will play a vital role in facilitating the construction of 1 million housing by 2030. The project is We Effect’s response to the Sustainable Development Goals (SDGs) 11 and 17 that call for “ending poverty in all its forms and making cities and human settlements inclusive, safe, resilient, and sustainable” through partnership. Hence, the project follows a multi-stakeholder partnership among civil society/communities (people), the government (public sector), and businesses (private sector) – or the PPPP approach.

In December 2020, We Effect held a combination of online and face-to-face Pre-General Assembly (Pre-GA) of the Housing Cooperative Union. Sixty-six participants including the project steering committee, homeowners’ association, pre-cooperatives and cooperative leader representatives attended it. We Effect also invited social development NGO workers and leaders from other cooperative that equally need housing support for their members. Other representatives belong to sectors from construction, transport, small-scale fisheries, home-based workers, people with disabilities (PWD), internally displaced from Marawi City siege in May 2017, and destructive typhoon victims in the Philippines.

Aside from building green, resilient, and affordable housing, the 1 Million Housing Project also advocates empowered and sustainable communities by capacitating cooperatives, taking into account the environment as well as the roles, dignity and health of women, children, people with disabilities, and the elderly.

“We are facing the same issues that have been lingering for a long time, so better yet, face these issues as one. We should use the cooperative union as a vehicle in addressing the problem in housing.” said We Effect Country Director Jessica Soto.

At present, the 1 Million Housing Project steering committee, headed by Ms. Jessica Soto, is in the process of communicating with other public and private groups, profiling of stakeholders, as well as campaigning for the project through champions and social media. The steering committee is composed of the housing synergy partners of We Effect in the Philippines namely CONCERN Inc., Institute for  Philippine Cooperative & Social Enterprise Development (IPCSED), JF Ledesma Foundation Inc., National Network of Homeworkers (PATAMABA), and Philippine Legislator’s Committee on Population and Development (PLCPD). 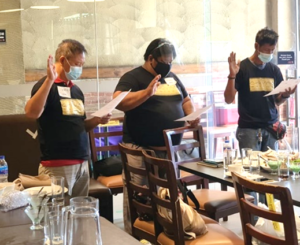 The COVID-19 pandemic has confirmed how health, the environment and the global economy are interconnected. Join us at the World Cooperative Congress in 2021 to showcase how our cooperative identity has overcome crises with solidarity and resilience. Together we can share our stories on the cooperative movement’s commitment to the communities they serve. Together, through democratic entrepreneurship, we can strive to create a socially responsible economy and a more inclusive world for generations to come.

To allow a greater number of cooperative members to be part of the event the Congress in Seoul will be held in-person and also offer attendees the option to participate online or virtually.