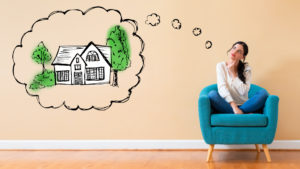 A growing number of people are being forced to acknowledge they may never own their own home. Soaring house prices, not just in our major cities but also increasingly in the bush, means the great Australian dream of homeownership is increasingly beyond the reach of millions of people.

Meanwhile, the end of the federal government’s National Rental Affordability Scheme is leaving policymakers scrambling for affordable housing options. But what if there was a proven alternative to public housing, the rental market, or private homeownership? A financially self-sustaining model that is not just a once-off trial, or a hypothetical, but has a proven decades-long track record of providing homes for thousands of Australians? That’s what housing co-operatives offer.

The Story of the Matrix Feminist Design Co-operative (England)

In late 1975, a survey estimated that London had 20,000 squatters living in council housing. (Squats in private properties were not counted.) A later historian estimated that the numbers might be upwards of 50,000 units. Squatting and protecting houses from forced demolition or inhabiting them before upgrading and selling provided a base for experiments in collective living and do-it-yourself housing repair. It was also a local response to a city-wide housing crisis.

Matrix Feminist Design Co-operative was one of these. Both the book group and the design collective, which had members in common, had evolved from a feminist group founded in late 1977 within a larger organization called the New Architecture Movement (NAM). NAM was a socialist architecture coalition dedicated to unionizing architectural workers and restructuring the profession so that participatory design and user needs were placed at the center of architectural work.

CHI Board Meeting and Plenary (Spain)

Call for nominations to the CHI board of directors!

What is the board’s overall role?

Click here to find out more about the requirements for this position.