A Co-op Solution to the Housing Crisis (Canada) 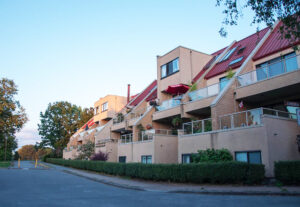 The housing affordability crisis seems impossible to solve. Policies intended to help people priced out of the market often serve to fan the flames and increase costs.

An example is tax-free down payment savings plans like the one just announced in the federal budget, which can drive up prices by allowing more buyers to compete for available units.

To make housing truly affordable, governments need to take a different approach. The budget takes a small step in the right direction by allocating $500 million of direct funding and $1 billion in loans to create more non-profit housing co-operatives.

Non-profit housing co-operatives are mixed-income, multi-unit projects that are jointly managed by residents. The cooperative housing model is very similar to cohousing, but with the added bonus of operating under the coop principles as listed here on our website.

While the idea of communal living may be age-old, the modern reinvention of co-living/cooperative living is picking up steam in Australia.

Almost two decades ago, Lyndall Parris had her big idea.

“Two of my friends’ husbands died, leaving them to continue bringing up their two teenagers alone. I just started thinking: this is crazy. I can’t help them much, they’re living in different places. If we were living together in a village, wouldn’t it be easier?” she recalls.

Parris began researching alternative ways of living. She did a Tafe course “to find out what the hell a website was”, built a page, and began connecting with like-minded souls online. In 2012, 24 of them pooled their money to buy a 68-hectare plot of land outside Gosford on the New South Wales Central Coast. In 2019, the first residents moved in. They called it Narara Ecovillage.

Today, Narara is home to 250 people who share lives and front yards. Residents come together for potluck dinners and movie nights, run their own school holiday program, hold community meetings and resolve disputes using a method called “sociocracy”, where agreement on matters is reached via listening circles. Adults commit at least 52 hours a year to work bee tasks that contribute to the upkeep of their property or the bonds of their community, be that dusting cobwebs off their town hall or leading tai chi classes in the morning. It’s a place where going to get a morning coffee can take an hour if you run into anyone along the way. Because as Parris describes it, “Nobody comes here if they don’t want to say hello to their neighbors.” 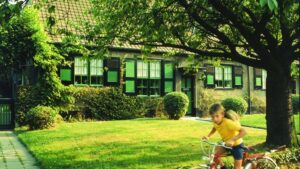 Brussels is celebrating the centenary of the 23 Garden Cities of the Brussels-Capital Region. A unique heritage due to its historical, architectural, urbanistic, and sociological interest. From Berchem-Sainte-Agathe to Woluwe-Saint-Lambert, guided tours and exhibitions will help you to (re)discover them. The best-known garden city, Le Logis-Floréal in Watermael-Boitsfort, is being honoured in an exhibition Le Logis-Floréal – Un Projet Coopératif at CIVA, the archive and exhibition centre for architecture and landscape. Click here to find out more.