On behalf of ICA Housing members and Board, I wish all our readers a very happy New Year and best wishes for co-operative success during 2012. 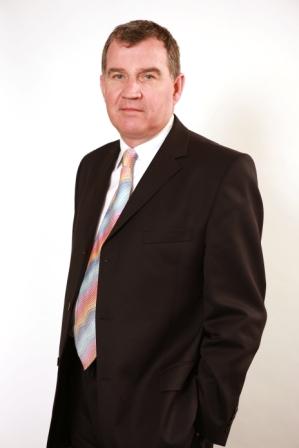 2012 is an auspicious and significant year for the international co-operative movement. Declared by the United Nations as the International Year of Co-operatives 2012 (IYC 2012) it is a unique opportunity for us to show our members, employees and the general public the benefit of co-operatives as highly successful business enterprises that are responsible and care about people and the planet.

The UN logo and strapline “Co-operative enterprises build a better world” (which features prominently in this bulletin) is emblematic of the message the UN wishes to convey to the global community. The aim of the ICA during the international year is to raise public awareness of the scope and nature of co-operative business enterprises.It is a unique opportunity, at a time of global disaffection with the capitalist, investor-owned model of business enterprise, to show the world how successful co-operatives are and particularly how resilient and sustainable they are at a time of global financial and economic crisis.

Later in this bulletin, we explain the initiatives ICA Housing is planning as part of IYC 2012, but I encourage you and your members to find your own way of publicizing the way your co-operative helps to build a better world for your members and the wider community it serves. You can participate in our IYC 2012 banner publicity campaign, join in our good governance project to show housing policy makers and the wider public your co-operative’s commitment to open, transparent and accountable democratic governance or organize your own event to publicize the co-operative business sector in whatever way youthink appropriate. If nothing else, IYC 2012 is a good excuse for your members to mark it with a party!

With co-operative greetings to all fellow housing co-operators

Every two years co-operatives that are members or associate members meet in general assembly to discuss matters of common concern and to elect representatives to the ICA’s global board and the boards of the global co-operative business sectoral organizations, of which ICA Housing is one.

The ICA’s biennial General Assembly 2011 was held in Cancun, Mexico, in November. It was a major success attended by over two thousand two hundred delegates from co-operative member and associate member organizations in ninety-eight countries. The hospitality of our Mexican co-operative hosts was warm and generous. Thank you Mexico! 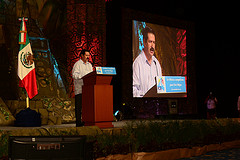 Our ICA Housing meetings, held during the week of the general assembly were also highly successful. I am pleased to share with you the key elements of these events.

The number of delegates who attended the General Assembly was the largest number in the history of the ICA. It also gave us the opportunity to finalize our plans for and launch IYC 2012. The continuing and resilient success of co-operative business enterprises was shown by some of the key statistics about co-operatives that were reported at the General Assembly:

In Europe there are: 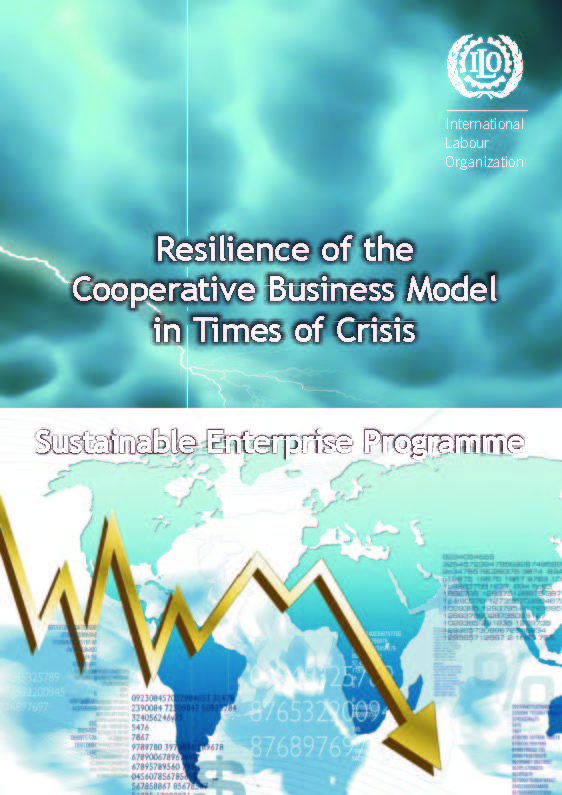 A report by Johnston Birchall, Professor of Social Policy in the Department of Applied Social Science at Stirling University, Scotland and Lou Hammond Kettilson, Director of the Centre for Co-operative Studies the University of Saskatchewan, Canada, commissioned by the International Labour Organization entitled “Resilience of the Co-operatives business model in times of economic crisis” has shown that Co-operatives of all types, including co-operative banks and credit unions have been much more resilient in the face of the global economic crisis than the investor capital owned model of business.

So let’s demonstrate to the world the scope and the benefits of co-operatives. ICA Housing has adopted its programme of activities for the Year.We hope you will join us by participating in our activities. We also urge you to grasp the opportunity presented by IYC 2012 to show the success of co-operative business enterprise to your fellow citizens.We know we have a credible and proven alternative to the economic, social and environmental challenges the world is facing. Let’s together show the world how strong and sustainable our co-operatives businesses are.

Back in October 2010 during the symposium “Cooperative Responses to the Climate Challenge”, ICA Housing accepted the challenge raised by the representative from The Borneo Initiative to call on ICA Housing members to make a commitment only to use timber and other forest products from sustainable forest management programmes. To that effect, ICA Housing put forward a resolution at the last GA in Cancun.

89% of the delegates voted in favour of the resolution which called on housing co-operatives and the whole of the co-operative family in the ICA to only use timber and other products that are certified as sourced from sustainably managed forest resources.

With only 30 votes against, our resolution on sustainable sourcing of timber and other forest products received the biggest majority vote in favour on any resolution.The feedback we received from some of those who voted against the resolution relates to the cost of achieving certification, not an objection to sustainable forest management.In some 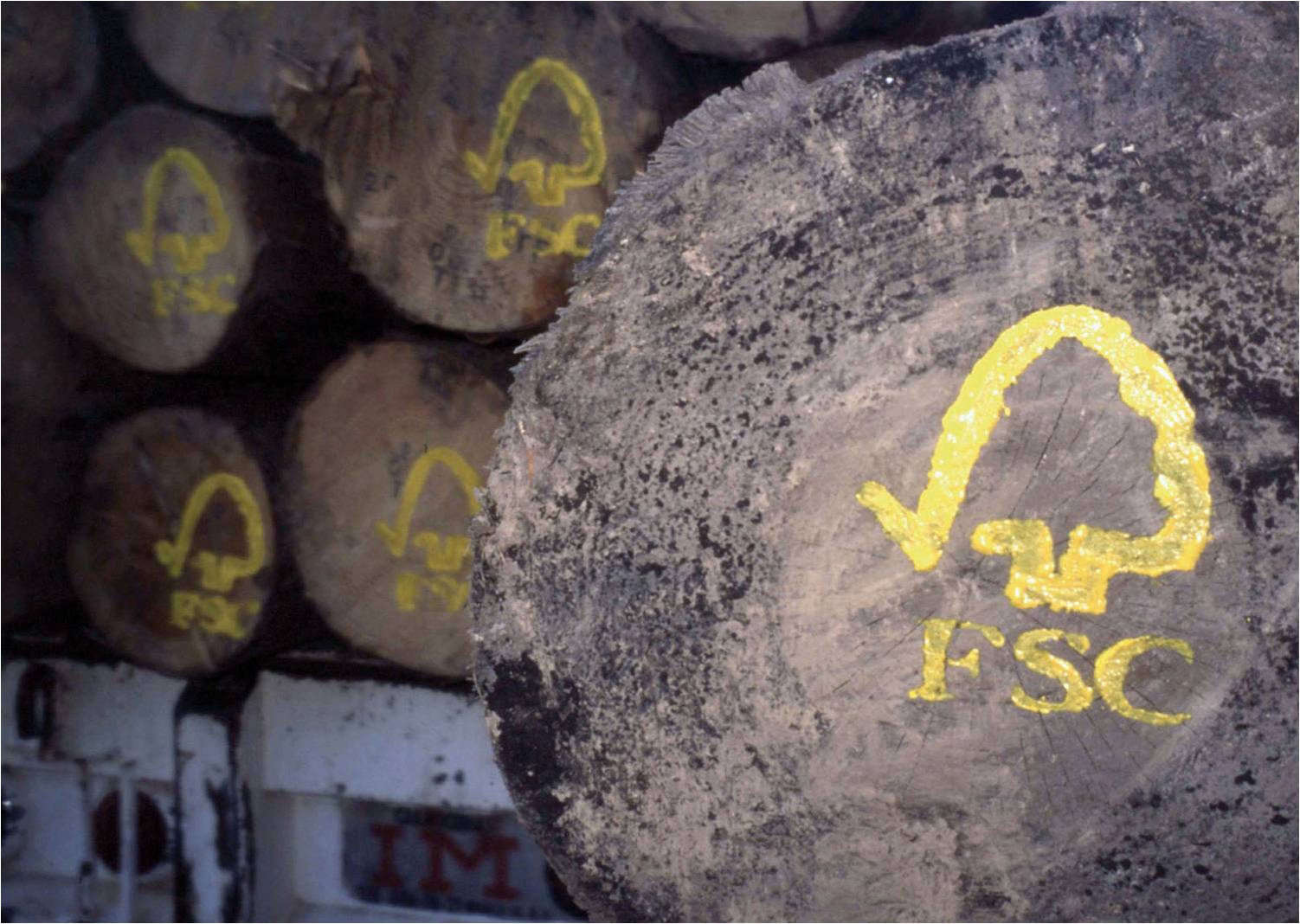 The resolution is not about using less timber, it is actually about using more timber in housing construction and maintenance because trees are a carbon sink.Trees absorb C02 from the atmosphere as they grow during daylight hours and emit oxygen, but the global balance is precarious and there is significant losses of forest cover every year because of illegal logging and unsustainable exploitation of forest resources.Deforestation is a major global environmental threat.To avoid it timber must be harvested in a sustainable way that maintains rather than destroys the world’s forests.Timber frame housing construction also has 40% lower carbon emissions during construction than alternative brick and concrete construction technologies, but timber must be sustainably sourced. Click here for a factsheet you can distribute to your members.

The challenge for you and all co-operatives is to make sure that you implement this important environmental commitment only to use timber and other forest products that are certified as being sourced from sustainably managed forests. ICA Housing will ask you, during IYC 2012, to confirm that you and other member housing co-operatives have embraced and implemented this commitment so that we can report-back to the next ICA General Assembly in 2013.

Largest Attendance ever to the Plenary and Seminar

It is with a lot of satisfaction that we have welcomed the largest ever attendance during our Cancun meetings. The ICA Housing Board of Directors sees this as the confirmation that our work is valuable and serves the needs of our members.

Dealing with ICA Housing Business at the Plenary

The Plenary meeting is the official gathering to carry out ICA Housing business. The president reviewed our accomplishments since the last Plenary in 2009. Click here to see the presentation. Amendments to the Rules were adopted by the members on the recommendation of the Board. These amendments were proposed to clarify and standardize the membership provisions included in all the ICA sectoral organizations (SO) Rules and ICA Global. You can find the revised version of the Rules here. 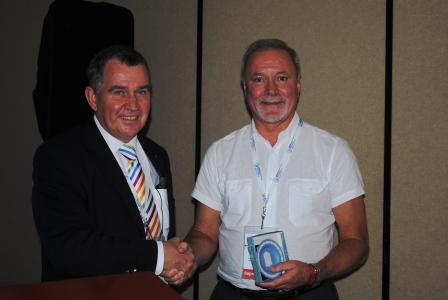 The Plenary is also the moment to elect the new board. Before the election, the president David Rodgers thanked the retiring board member Roy Berg Pedersen, from Co-operative Housing Federation of Norway (NBBL) Norway, for his committed and constant participation and wished him all the best for the future.

The new board is as follows: